Feeling the sun beating down on his head, Jeb rubbed the back of his neck. He stood in the yard outside the gatehouse, his boots covered in dirt and his back aching as he leaned on the shovel watching the horizon wearily. Last night he’d debriefed Grit on what happened on the road, and today they were dealing with the aftermath of that cluster fuck. Jeb wished he’d been able to end the insanity by putting that cult leaders head on a spike, but that wasn’t what had happened and he had to deal with that. He needed to let his decision of taking out the deadhead that was going after Davie instead of killing the cult leader go. Jeb tried to distract his attention to the supplies and the team they’d saved, because at least that had been a small win.
Losing four men, not to mention the boy who would soon turn—dying long before his ticket should have been punched—had been worth something. It was a harsh reality of their world that success was measured by the lives that were or were not lost on any given day. Scratches crew had brought back about six-month’s worth of supplies—making it worth some sacrifice on the club’s part. Not that Jeb or Grit liked losing their people, it was just a sad fact of their existence now.
Scratches and his group had found a gun warehouse and raided all the empty casings and gunpowder supplies they could find. They’d also found a large stock pile of weapons that had been secured in an underground bunker that had somehow escaped the notice of the people who’d already raided the place. It was a good find and one that hadn’t happened in a while, because as the months wore on supplies were becoming scarce. They’d realized a year ago that they needed people with different skill sets if they were going to survive. Hell, half the club hadn’t gone to college and more than sixty percent of the original club had died in the first year.
Randy, a chemist from Rapid City, South Dakota was one of the first few guys they’d took in. Grit hadn’t been the president then and he’d still been an enforcer, but Toke had convinced the club to let the man stay. It turned out the guy was dead useful, he’d somehow figured out how to make gun powder as well as a few medications and antibiotics in the lab they’d set up for him. Jeb was glad that they’d found him and three of his sisters holed up in a little motel starving to death and had taken them in. Randy had quickly gotten on board with helping them create a way to replenish their dwindling supplies. It didn’t take him long to figure out how to make chemical compounds for both protection and medical needs.
Taking in people who were willing to work was the way the club had learned to survive long before the apocalypse showed up. Even when they’d been a ragtag band of brothers back when the world was normal, they’d had a code. You could stay, but you had to help keep the club afloat, so really nothing had changed. Whether it be by serving meals, tending the hydroponics farm, making bullets, or tending to some other small day to day need, if you wanted to stay with the MC, then you worked. Jeb and every other man in the club knew it was the only way they were going to survive. Kids were the only ones who got a free pass, at least until they hit puberty. Grit’s plan was to teach them basics and when they were about eleven or twelve they’d start training them in whatever field they chose to learn. The system seemed to work and they’d already done it with the four teens who had been part of the original club.


Jeb sighed, shaking off those thoughts as he turned to glance at the freshly dug graves, feeling a cold dark part of himself mourning the fact that he’d taken that shot to protect Davie rather than taking out the leader of that cult. The kid hadn’t started into the fever yet, but it had only been about ten hours since he was bit. He’d need to get past the fifteen-hour mark before he was in the clear, but Jeb didn’t hold out any hope that Davie would live. He’d learned a long-damned-time ago that this disease was going to end up killing them all. His hands fiercely gripped the shovel that he’d been using, as he felt the anger over his men’s deaths pour over him. Davie was just a kid and the others they’d lost had been damned good men. He knew shooting that deadhead had been the right thing to do, but he couldn’t be happy about it because it hadn’t saved anyone. Killing the cult leader would have cleared his plate of one more problem. His choice to save Davie was going to come back to bite him in the ass. Hell, it already had, Jeb had known it was a mistake from the moment Davie had shown him the bite on his arm.

Enter to win a $20 gift card if you haven't already done so by leaving feedback here:
Enter
at October 17, 2017 No comments: 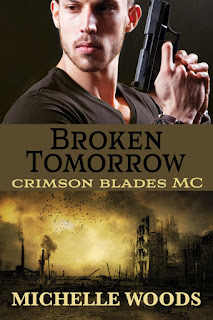 To enter to win the Amazon gift card you need to fill out the form
and leave a valid email address!