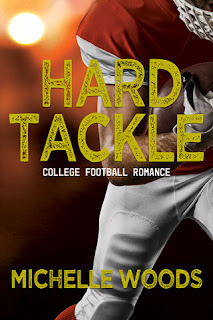 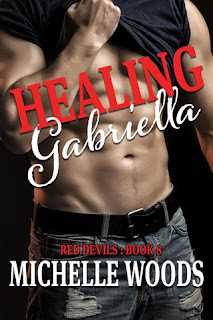 One of these titles will be here in September 2018!!

“But why? You deserve to be happy and I can’t give you that.”
“I am happy and my happiness will always be about this, about us.” Pretty Boy jerked forward no longer relaxed in the chair. The sudden movement of his body should have scared her after everything she’d been through but it didn’t. She knew that there wasn’t another person on the planet that she was safer with and that included her brother.
“That’s the point there is no us! There can’t be an us! I’m too broken and you need to stop waiting on me to be whole.” Gabi’s voice rose till she was almost yelling at him by the end of her statement.
“You aren’t broken anymore, baby. You never were. Yes, you were hurt and you’re still healing but you have never been broken. Never.” He said the words like he knew like he understood but he couldn’t. He just couldn’t. For a moment, she couldn’t speak. Shaking her head her hands trembling as she stood up trying not to fall apart as she found her voice again.

“Are you okay?” Raven asked frowning. Gabriella realized she’d been staring at the doorway for more than ten minutes while she ate her burger and tried to decide what she was going to do with Kyle.

“Yeah, I’m fine.” Gabi said, putting on a fake smile that she was sure Kyle would have known was bullshit but it seemed to work on Raven.

“Good. I was a little worried when you got silent. How are you handling the news about Mark? Are you planning on moving with him?” Raven asked.

“What? Why would we be moving?”

“Oh, I thought you’d know. Travis said that Mark was being sent to Titus to watch the Jackals. I just wondered if you’d go with him.” Raven dipped a fry into her ketchup watching Gabriella carefully as she took a bite. Gabi gripped the table panic sliding into her heart as her breathing became uneven and she almost couldn’t see the diner any more as it faded. She couldn’t move to Titus. She felt like her world was falling away as she thought of being that far from Kyle. Her hands gripped the edge of the table and her head began to spin as fear took over.

She could hear the words but they sounded like they were miles away and didn’t make sense. She heard the jangle of the door and the loud voices that spoke to her but all she could think of as her world fell away was being hundreds of miles away from Pretty Boy. She felt someone jerk her chair out and her head was shove between her legs but her panic didn’t lessen. She couldn’t see as the world started to darken around the edges and people yelled and someone was screaming the word no over and over. It took her a moment to realize that it was her screaming. Why was she falling apart? Just this morning she’d tried to shove him out of her life but suddenly she knew that she couldn’t handle him leaving. She needed him. She needed him. That was the only thought on repeat inside her head as she tried to calm down.

“Move,” a harsh voice commanded and chairs scraped and people spoke but none of it mattered to her because she was broken.

“Baby, look at me.” Pretty Boys voice broke into her panic making her eyes focus on his face which loomed in front of his. He looked grim and his eyes were dark with worry as he held the sides of her face. He was haloed by the darkness that seemed to be spreading when he commanded low and calm, “Breathe.”

Gabi sucked in air on command. He was here. He was with her.

Gabi did as she was told taking in another deep breath her eyes glued to his, her hands she realized were gripping his cut holding him to her like a lifeline. Pretty Boy talked her through breathing normally. She clung to him, staring into his eyes and breathing when he said to until she was taking those slow deep breaths on her own. The world settled and the darkness faded as Pretty Boy came into focus. His brown eyes boring into hers as he held her face and watched her carefully. After a long moment of them staring at each other with her breathing matching his own slow and even, he rubbed her cheeks with his thumbs gently and spoke.

Ella walked into class and headed to her seat next to Tina, readying herself for the inquisition she knew was coming. She dug into her bag pulling out her notebook and a pen waiting on the game of twenty questions to start. She didn’t have to wait long because the second she realized Ella had sat down Tina started asking about the frat party.

“Did you meet a hot guy and fall madly in lust?” Tina demanded letting out a little giggle.

“No, I was only there for an hour.” Ella stated flatly.

“What? I can’t believe you only stayed an hour. How can I live vicariously through you if you don’t even stay at the party long enough to enjoy it?” Ella rolled her eyes and sighed before writing the date on her paper ignoring Tina.

“Sorry to disappoint you but you’re more than welcome to go to the next one with Clara cause getting ditched twenty minutes in, ending up holding up a wall, and nearly getting trampled are what you call a good time.” Ella snorted.

“Gee, sound super fun but no thanks. How in the world did you almost get trampled?” Tina asked her head titled slightly as she watched her.

“Three football players showed up as I was leaving and they almost knocked me over getting inside the party to the girls. If Simon hadn’t steadied me I would have taken a header into the wall.” Ella didn’t sugar coat the ridiculous of her night out with Clara.

“Wow, that sucks.” Tina said then stopped looking through her bag for a pen her eyes jumping up to meet Ella’s before she demanded, “Wait. Simon? As in Simon Bentley, the quarterback?”

“Yes, that Simon.” Ella replied not elaborating. She wasn’t about to tell Tina that he’d asked her to wait on him while he drank with his friends. Nor was she telling her that she’d left instead of waiting because she didn’t want to be that pathetic loser who didn’t even get invited over to hang out with him and his friends. Not that that was true. He had invited her to join him but she’d refused.

“Oh my god! Was he totally perfect? Are his eyes as blue as they seem in all his press photo’s? Did you give him your number? Tell me everything.” Tina said barely breathing between questions as she threw them at her rapid fire.

“Yes, his eyes are really that blue and no I didn’t give him my number. He was just being nice so I didn’t fall into the wall but he disappeared seconds later to go drink with his friends and I left. End of story.” Ella felt a little guilty for not telling Tina about the intense almost predatory way he’d watched her or the command for her to wait on him to come back like he hadn’t forgotten her seconds after he’d walked away.

“That story blows. I can’t believe you were in Simon Bentley’s arms even if it was just for a second. You should have turned hussy and kissed him senseless. I would have.” Tina was practically vibrating with energy as she made that bold claim.
at August 11, 2018