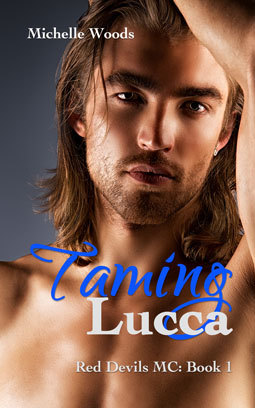 
The wall was put into place to protect the rich and the privileged from the fallout of a catastrophic natural disaster that destroyed half the world. The world outside the wall was left to the lawless, while behind the wall the class system was only fair to those born in the upper districts. They ruled the lower class with fear of the being forced into the lawless world outside of the wall.

Molly Daniels a mechanic living in the Slum district is convinced she’s found love or maybe just a way out of her servitude. Instead she finds herself abandoned by her lover and her family, and thrust into the world outside the wall. Fearful and alone she tries to find her way in a world that’s filled with unknown dangers. Only to find that the world outside might just be better than the one she was forced to leave behind.

Lucca “Bone” Brighton is the president of the Red Devil MC. His only family is his MC. When Molly ends up in his town sick he saves her life and decides to keep her, only Molly doesn't make life easy. Not getting what he wants isn't making him happy. But when a rival club kidnaps Molly, he realizes that he’s not letting her go without a fight. This Prez isn't lying down anytime soon, and he’s not allowing anyone to take Molly from the Red Devils until he’s dead. 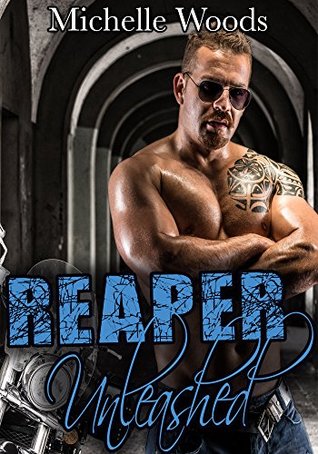 Reaper Colson has run the Blue Bird Strip Club for the Blue Bandits MC for ten years. He's seen all types of people in and out of his club, but when Sarah Banner walks in he can't seem to find either his balls or his manners. Because she's tying him up in knots and pissing him off to the point when he'd usually say screw it and walk away. Only she's under his skin and walking away might not be an option for him anymore.

Sarah Banner is desperate. She and her son are going to be living in her car if she doesn't find work. Walking into the Blue Bird was the hardest thing she'd ever done, but for her son Josh, she'd do anything. Only the owner wasn't what she expected and giving up cardigans for leather skirts is going to be hard. Unleashing Reaper is going to be even harder. 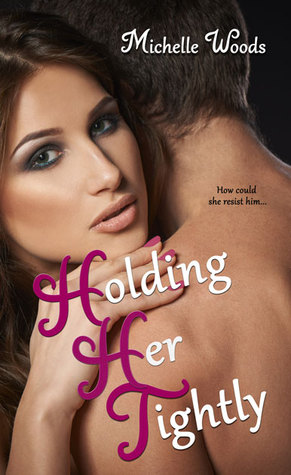 Seals Security
Book One:
Excerpt​​
Laney Stewart has always had a thing for hot Navy Seals. With her brother bringing them home for every holiday how was she supposed to resist? Especially when he seems to want her despite her not being a size two, or even a size ten. With him living right next door, what's a girl to do?

Craig Thomas didn’t expect to have sex with Little Laney. But when he moved in next door to Luke Stewart’s little sister, and she shows up at his apartment too drunk to find her own, what's a man to do? How was he to resist a woman who sets him on fire and always has when she cries and tells him that nobody could ever want her.